The band has spent the long winter nights
preparing new music and resurrecting some
older favourites for their forthcoming concert.

“There and Back Again” hints at the band’s recent successes 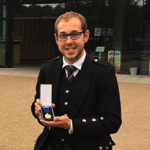 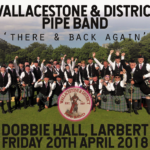 and their aim of returning once more to the top grade.
The show, which will be held in the Dobbie Hall, Larbert on
Friday 20th April, will also feature performances
from two of the best solo pipers in the country.

Alasdair Henderson, the current pipe sergeant of the
2017 Grade One World Champions, Inveraray and District, 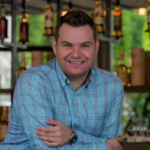 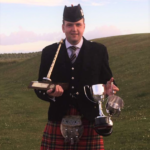 who then topped a brilliant solo season by winning the
Gold Medal for piobaireachd at the Northern Meeting in Inverness,
will be sure to impress .
Also in the a star studded line up will be  Sergeant Ben Duncan
of the Royal Scots Dragoon Guards.
Ben amassed over 70 solo prizes in 2017 including the “A” grade March, Strathspey and Reel at the Northern Meeting and was named  The Highlands & Islands “Young Piper of the Year”.

MC for the evenings proceedings will be the founder of the “Red Hot Chilli Pipers” and former Wallacestone pipe band member, Stuart Cassells.

Tickets for the show are £12.50 each and can be obtained by contacting the band through its Facebook page of any band member.
It should be an excellent evenings entertainment so don’t miss it.